Tanya was fantastic! I had called her based on a recommendation Tanya was fantastic! I had called her based on a recommendation from the dealer that I bought my car from. The first transport company I had contacted (based on another recommendation from the dealer) was not responsive. Tanya responded after I finally heard back from the first company. The amount of detail she provided and number of times she called me back to see if I was OKay with the other company was outstanding. I cancelled my order with the first company in part due to the service that Tanya had provided me without me even being a customer. I booked with Tanya and she continued to be proactive and provide me with updates throughout the transport process. Quote was slightly above 1st company, but delivery was sooner and, again, the service she provided proved that I had made the right decision. Car was delivered right to my driveway in the time-frame stated. Highly recommend Tanya and Red Carpet. 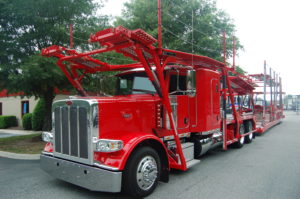